Tracking issues in a software product is a day to day job in an IT company. Proper logging, tracking, and resolving the issues is an important part of the product development lifecycle. With this bug tracking template, software testers can easily raise issues, developers can track them, mark the work as resolved, and if required it can be opened again and the whole journey of each issue will be tracked.

How this template will help you with your work

Stages for the Issue Tracking Workflow

An issue tracking typically goes through the following stages - 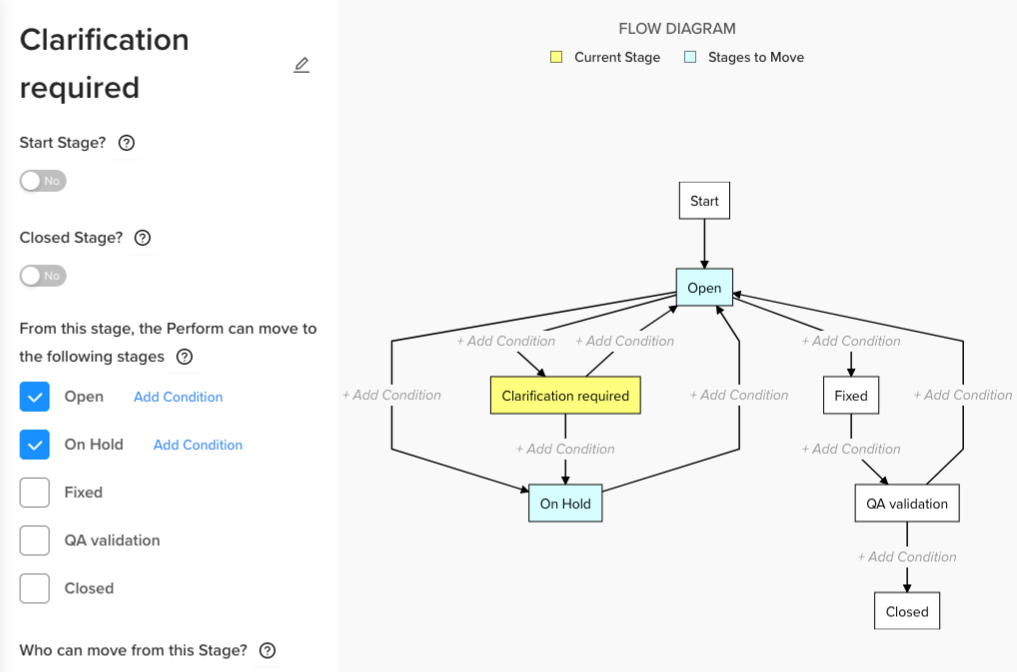 Inside this stage, the task of the test engineer is to put the bug details. Bug details typically comprise of -

After the test engineer marks the task as done, it can be moved to the next stage, which can be 'Issue resolved' or 'On-hold' by the assigned developer.

After an issue is resolved, the test engineer rechecks the scenario of occurrence again and if it resolved properly, it moves to the Closed staged manually.

For some reason rectifying an issue can be put on hold for various reasons, like dependency, or it is not exactly an issue to address, etc. The developer can mark an issue in those scenarios as on-hold.

From sending automatic emails to stage change based on set conditions, with GoodFlow automation you can reduce human intervention and can

If an issue priority is 'critical 'and the environment is 'Production', an email will directly go to the project Manager. You can set notification emails based on such conditions in GoodFlow.

In scenarios, where you follow the Vital issues for a project in a custom made dashboard and maybe project on the big monitors for all the teammates, you would like to get notified in your system when teammates mark the tasks as done the stage of an issue changes automatically. You can configure a webhook in the same scenario and pass the required data to your system.

With GoodFlow, you can design your own methods, tweak the flows, and implement best practices the way you like easily. Let's start with the template and start managing bugs right away.

Get Started with this Template

All our templates are customizable